Subscription services are all the rage right now…and I love it. I really don’t enjoy any kind of shopping, so having high-quality products delivered to my doorstep when I need them without my needing to lift a finger brings me much joy + delight.

I kept seeing ads all over the place for Dollar Shave Club and their supposedly cheaper-than-average razor blade subscription program, so I asked my trusty Facebook friends for their feedback. Sure enough, a number of them had tried the service + liked it. But, a couple people who commented on the thread recommended that I try another razor subscription service that I had never heard of, instead. I ended up liking what I saw on the Harry’s website so much that I decided to forego DSC and order the German-made blades instead.

My first shipment, complete with blades, handle, and shave gel, arrived in beautiful packaging and appeared to be every bit as well-made as its creators claimed. I love the sleek ivory-colored handle (available in three other classy color options) and the bottle of gel sports a clean, minimalist aesthetic. Labels are ultra-important to me; I care a lot about how the things that sit on the shelf in my shower look. This brand definitely gets five stars in that department!

The decidedly-male scent of the shave gel took me by surprise at first. While the Dollar Shave Club specifically markets its products as being non-gender-specific, Harry’s is definitively designed for men. I’d been using a men’s shave gel for years (Aveeno Active Naturals) but hardly thought about it because it’s unscented. The Harry’s gel rates a lot better on Think Dirty, however, so I’m choosing to overlook the smell for now. (It’s not a bad one at all, just very–well, manly!)

The blades themselves contour better than any I’ve ever used. And they are certainly sharp! I was in fact enough unprepared for how greatly so, that I managed to nick my ankles about all three of the first times I used them [face-palm]. So, do proceed with caution (but fear not, for I’ve always been a rather clumsy shaver in general).

I’m about a month in to the three-month subscription I set up, and overall I’m very pleased with the results. My one complaint, however, is that the blades are…noisy. If I were a man, and using them on facial hair as intended, I’m guessing this might not be an issue. But in using long strokes as I do on my legs, my razor squawks a long, high-pitched squeak with each stroke. A minor flaw, but annoying all the same…right?!

I may end up taking the shave gel off my plan and just getting the blades, but at the time being I do think I’ll be a happy Harry’s customer for a good long while.

Anyone else tried a razor subscription service and have any feedback of your own to share? 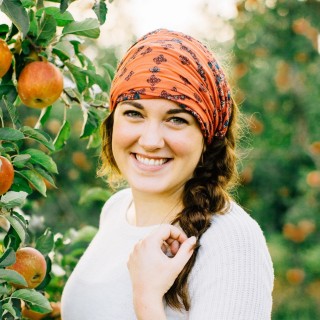